Happy Sunday! If you're in the US and you qualify, Happy Mother's Day! Let's get going, yeah?

Still close but still nothing yet. ::sigh::

Interestingly, I worked on quite a few things this week. I pulled out my granny square blanket squares on Saturday during a car trip. I finished a square and started another one, which was delightful. I also worked on my Abracadabra Socks. I finished up the leg of the second sock so I'm ready to start the heel flap in the contrast color. My Sockhead came out and I worked a bit on that. Stormageddon tried it on and I think it's going to become his. It was supposed to be for an adult but here we are. And, of course, I worked on the Baby Yoda sweater. I've finished attaching the arms and the body of the sweater so I'm ready to start the collar. I've had to do some math here and there because there were a few things that were off about the sweater. Nothing major and I suspect it was caught when the designer had it tech edited before putting up the paid pattern (I have the original free pattern)...but I've had to run the math a couple times to make sure I'm right (I am!).

So, hopefully next week I'll have a new FO, which is good because my sister-in-law is only getting bigger.

I'm unsure if this is going to be a photoless post or not. Blogger has changed a few things (everything!) and now I'm having difficulty with uploading photos. So, we'll see how things turn out. Just a warning...not that i have a lot of photos to begin with.

Photos added on Monday, May 11th, 2020 once I discovered the "Classic Blogger" feature and could use the old platform. Anything added will be in italics.

For the most part, this week was as "normal" as we could be under Shelter-In-Place orders. The boys had their schoolwork and meetings, Husband had to work, I had to work, and at some point, grocery shopping needed to happen. Not exciting! 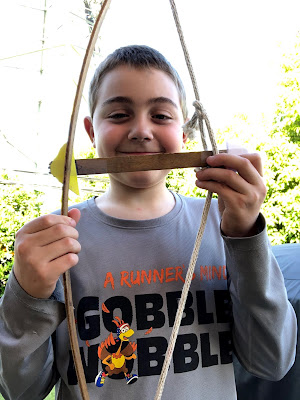 Little Man has been forbidden to make weapons out of stones and sticks in the yard so he's reverted to cardboard. Much less effective but also less harmful to his brother or his toes. 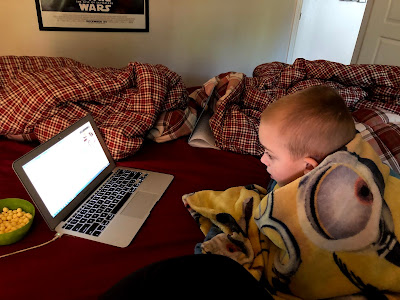 Stormageddon was having a meeting with his speech therapist when I took this photo. I couldn't get him to sit up properly but he was doing his work so I call that a win.

We did see a lizard yesterday, which was exciting...not that I can show you photos! (seriously, Blogger, get it together!) The boys also went swimming, which was much needed for their energy levels. And Little Man continued his quest to be the ultimate Kitty Whisperer. We were told this particular cat had never been around kids and was skittish (it took one of the owners three months before said kitty would go near him for any pets)....nope, Little Man sat down in a chair and coaxed the kitty to him, where he was able to pet her. Took him all of about ten minutes. I even have photos. But, dammit Blogger.....

Otherwise, things have been going on much the same. I don't know what else I can say about that. I hope you've had a good week and weekend and maybe next week Blogger will be more agreeable with the photos. 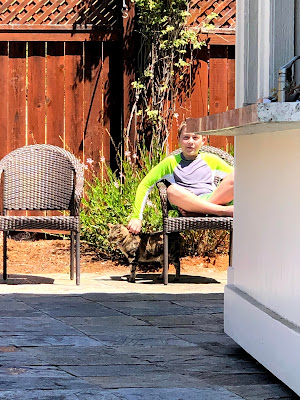 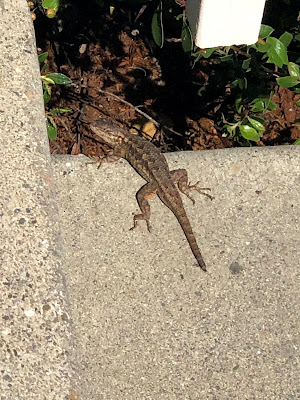 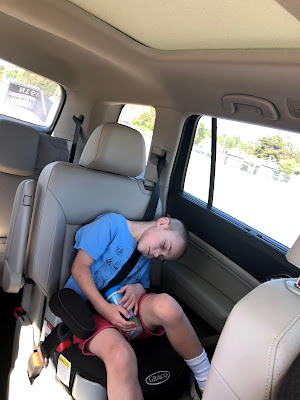 Stormageddon fell asleep on the way home. He's not quite sure how to do it in my new car yet. 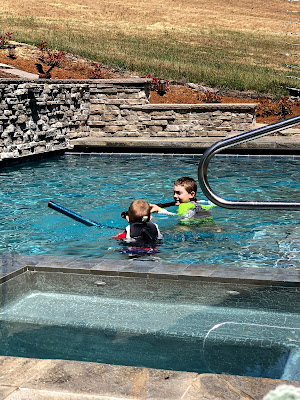 The boys needed to get rid of some very pent up energy.

Hoooray, I figured out how to get around the photo thing!
Posted by Renee Anne at 8:25 PM